I had worked on the beginnings of this job with Creative Engineering, who built and painted the set pieces in the mock drive-in.  This whole thing was an enormous undertaking. The set would be broken up into three main areas, the Drive-in, the Rodeo and the Bar, with the large props and set pieces being done in New York and shipped down to Dallas.  When I got the call from Brandon to fly out, it was Friday afternoon, and I would have to fly out that evening.  Still, this is a huge job, and it’s been many years since I’ve been somewhere warm in the winter.  My excitement faded a bit when Brandon called me back to tell me the flights had been pushed back until the following morning, because of an ice storm in Texas.  Still, I hadn’t worked for Brandon and Joe in awhile, and I had a good idea that Angela Lucido, my scenic mentor, and Spike Trevino would be working, so there was no way I was going to miss this job because of the cold. 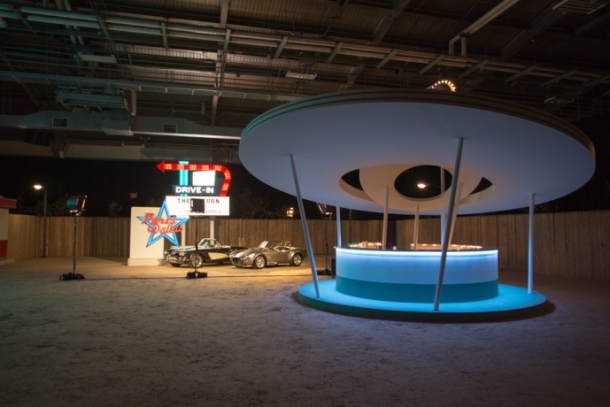 We flew down the next morning, with Matt, the lucky jerk getting a free upgrade to first class.  From the airport we went straight to the job site, where we began the long process of staining and ageing the beautiful reclaimed wood most of the set had been built from.  There was a scenic company from Dallas that had gotten conned into doing a lot of the work, but despite having some excellent, experienced scenics, they just weren’t used to the pace we keep in New York.  Everything is an impossible deadline to us, so applying a driftwood faux to hundreds of boards, and then staining an entire make-believe rodeo and cowboy bar was nothing new to us.  We just put the hours in and work until we’re done.  So much of my work ethic in this industry comes from working with Angela.  When a woman in her sixties is going strong at four in the morning, you just don’t complain. 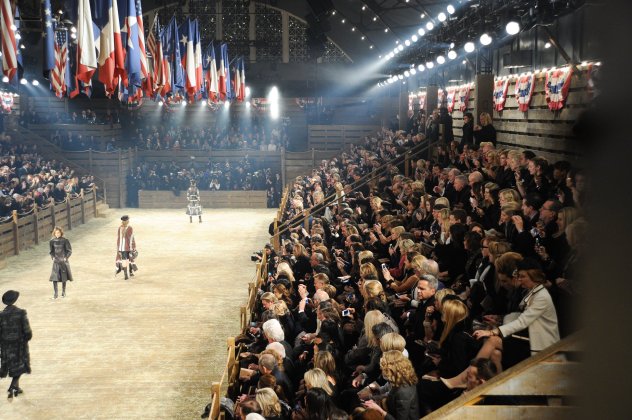 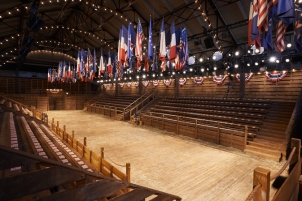 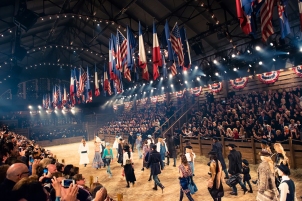 I didn’t sleep much this week, and in the end I’m very proud of being a part of this event.  I want to say two things, however: The first is that the hotel room the Chanel people got me was the nicest I’ve ever been in.  The second is that southern hospitality is a very real thing.  All of the Dallas workers were so great.   The last day we finished up around 6, just as the crowds were coming into the Rodeo for the fashion show, and we were taken out to spend our per diems at a wonderful restaurant where Matt ate cow testicles.